DMV native Taraji P. Henson is set to star in Screen Gems’ new film ‘Proud Mary’. The actress plays the lead character Mary who is a hit woman working for an organized crime family in Boston. Mary’s life has a change in direction when she comes in contact with a young boy (Jahi Winston, New Edition Story) after a professional hit goes bad.

The film also stars Billy Brown (How To Get Away With Murder), Neal McDonough (Captain America: The First Avenger), Margaret Avery (The Color Purple), Xander Berkeley (The Mentalist) and Danny Glover (Lethal Weapon).

#ProudMaryMovie is set to hit theaters January 12, 2018. Check out the trailer below.

The Dope Duo is two young women who decided to showcase their shared interests, loud opinions on life and relationships, and most importantly, their mutual love for the entertainment industry. The Duo's mission is to increase the awareness of all things Dope. We take pride in only promoting positivity, celebrating those within our community, and featuring the dopest new content. Our platform will not only allow readers to get their daily dose of the hottest music, latest cultural crazes, and celeb news, but also provide an outlet for us to have open discussions about everyday trending topics. View all posts by The Dope Duo 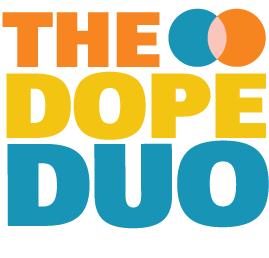